Hey everyone, in this video I will be showing some potential gameplay features that could be coming to Farming Simulator 21, as well as talking about everything to do with gameplay, from graphics to what we will be able to do in the game.

All of that is coming up so do not click off and make sure you read it all!

First, let’s talk about the gameplay features. So you have been waiting around 2 years, nearly 3 when FS 21 will come out, for a new Farming Simulator game. What will make this new, next-gen Farming Simulator so much better? I am going to show you some gameplay from the newly released Cattle and Crops game.

This is next-gen and looks amazing, and we can expect Farming Simulator 21 to look and have similar features to this new game. So the first part of this trailer you can see the driving aspect of the game. With a few close-up shots of the tractors, we can see the level of detail and realism in this game.

Not to mention how to sky and the landscapes look, they do not look jagged or unfinished like Farming Simulator 19's can do, this will most likely be what FS 21 will look like, polished, much higher quality and all round next-gen farming. You can also see the brands that they have in the game, with brands like CLAAS and Deutz-Fahr, we should expect to see a similar line-up of brands in the Farming Simulator 21 game, even without mods or DLCs. 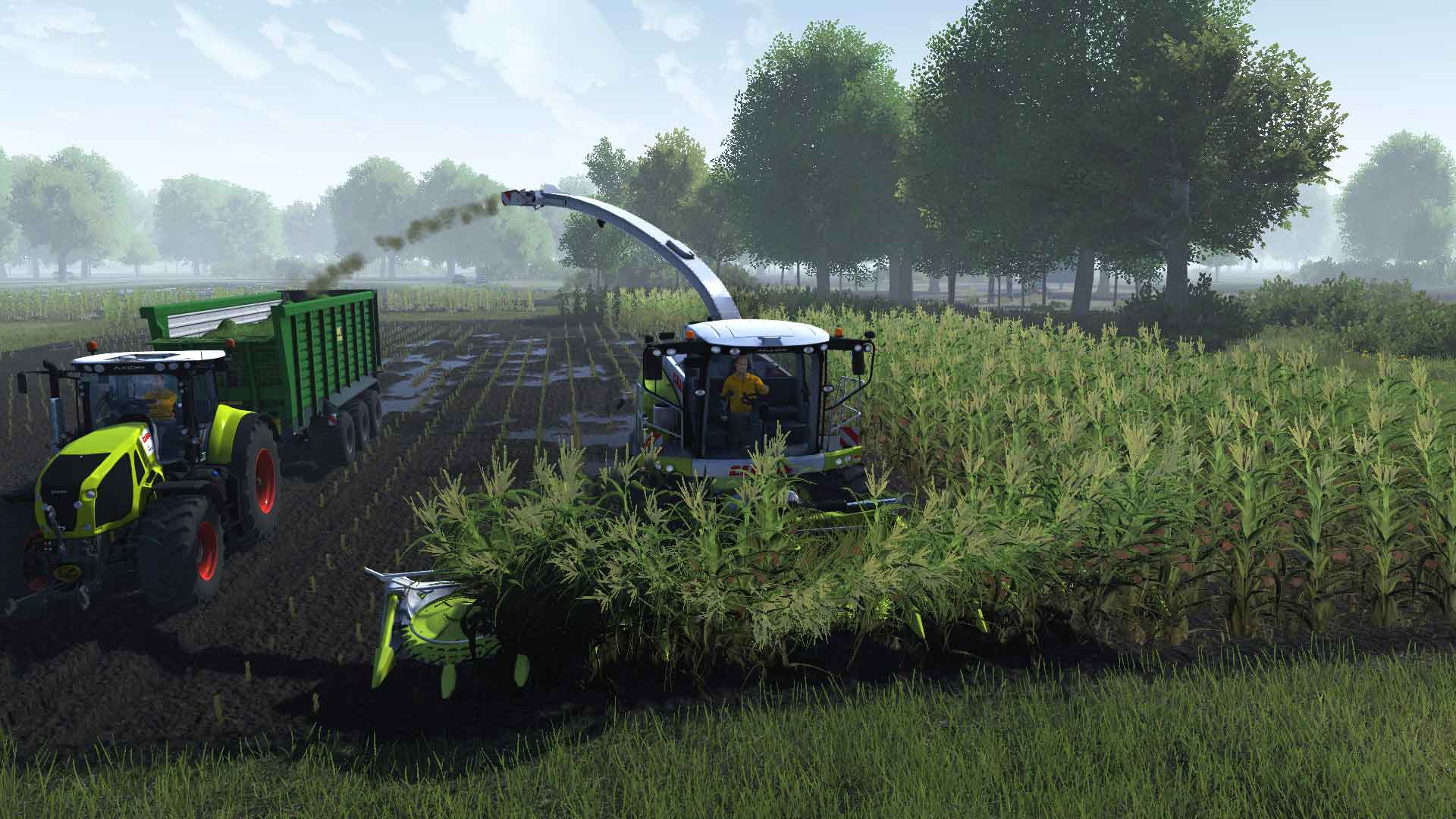 Secondly, in this gameplay we see the textures of the ploughed and sowed fields. These look insanely realistic, and we should expect to see something like that, if not better, in Farming Simulator 21. The final, big part of this trailer is the dynamic weather system we see, weather affects your crops and fields, just how the mod seasons works in FS 19.

We have already heard rumours of seasons being directly integrated into the main game of Farming Simulator 21, so this will be very likely. In the video you can see the fields and how the rainwater collects in them, causing muddy and flooded fields. This is very realistic, and we will definitely see something like this in Farming Simulator 21, with Giants Software giving their own take on it, who knows we could see some kind of dynamic fields, with uneven terrain or random events such as flood, destroying crops, or even landslides, ruining your fields. That was the actual gameplay features, now let's talk about the graphics and what we will see with them!

Now we have gone over the actual features of the gameplay, lets discuss the quality of the graphics. With the new next-gen consoles, we will have a massive jump in graphics quality for all games, not just Farming Simulator 21. But with the new features and specs in the consoles, we can finally have things like working mirrors in the base game, better shader and colour quality, making the game look much more life-like.

On top of that we should see increased crop and field texture quality as well as much higher quality mud. By that I mean the mud being stuck on the tractor, with it looking realistic, also we should see the mud of fields look much more realistic, with it being dynamic, meaning your tractors will be able to get stuck and need to be towed out.

This is all possible now due to the technology in the new consoles and graphic cards for PC. Here you can see some of the gameplay for Flight Simulator, this is all captured on the new Xbox Series X console in 4K!

The graphics look incredible, and we can expect to see similar looking quality in Farming Simulator 21, which would be insanely impressive. I am looking forward to seeing what they come out with!

Anyway, I hope that showed you what we can expect to see with the Farming Simulator 21 gameplay!

Suggested Mods For You